it doesn't have to be mutually exclusive

"too pretty to be intelligent"

"she's attractive so she must be a snob"

where the hell do we learn to create these kinds of associations? i can say in honesty and with much shame, that i have thought these things of some women. i might not have said it this way, but the internal dialog and the final conclusion plays out pretty much like those two sentences. in fact, i have two girls in my circle of friends who i clearly remember, surprised me so much when i realized how sweet, down-to-earth and street smart they were. it was so very wrong of me to assume that because they were beautiful they would be A. unapproachable and B. simple minded.

some other things of note:
of course, the analyst in me has to dwell on this even longer and the girl in me tends to internalize.

i know i'm intelligent. it's not a subjective observation it is merely a statement of fact proven by a list of achievements. i know that i'm personable. that's definitely subjective but ... let's go by what people have said and count that as truth. i know that i'm not un-attractive. attractiveness is a highly subjective quality and it's not something you openly discuss with friends or strangers unless you're in a contest that requires explicit judgement of that particular attribute. permutations on that combination elicit different reactions from people. the general guideline for most is that we want to be likeable. it's a quality that many people strive for. how easy it is to attain that quality seems to linger around a specific  balance in the ratio of how attractive, how personable and how intelligent one is. likeable is related to reachable and real .. in other words, perfect is impossible and could not possibly be genuine and the closer you are to it the less likeable you are.

this realization led to my own conclusion on why i felt compelled to rough up my persona with qualities that are in direct contrast to the usual expectations for someone who looks like me. i curse like a sailor. i chop my hair off. i've assumed a sportier demeanor, almost tomboyish. i wear contradictions on a whim. i do whatever i can to stay unpredictable.

now, i'm not saying that i'm by any means perfect. but i've been blessed with intelligence and a fair share of pretty and now looking back, i can see that people have at times treated me unfairly as a result. i've felt the pressure to be perfect since i was a kid and i've also felt the sting from those that instinctively recoiled from these blessings that can turn out to be curses. it's lonely when people treat you like a snob before they get to know you. it's work to have to prove that you can be both intelligent and attractive. it's also work to prove that you can be genuine when others have already stereotyped you. i can say that i've taught myself to never look up or around to see if people are judging me coz i'm so used to it being there. it hurts to see it. and when you look you find. so i just stopped looking. 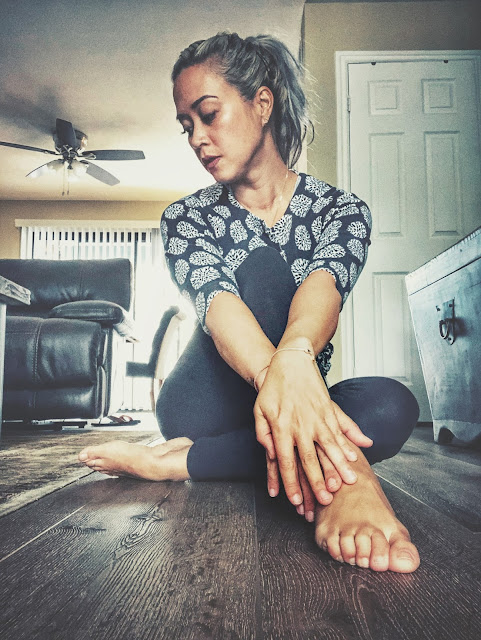