carmen rosello aenlle, married at 18 and mother to us all.  at 83 her life is coming to a close.

my dear grandmother who accepted each of us as we were.  we would squabble amongst ourselves.  we would love and hate alternately.  we would ride the waves of life.  she took no sides ... she was our constant.  she loved us.  she loved our flaws.  she accepted us and took nothing in return.

when i would get sick, it was her attention that would soothe me.  when i got a delightful new toy, it was her child-like appreciation that i would seek out.  when i was stuck on a puzzle it was her help i sought.  the story is the same for each of us -- her children, her grandchildren, her legacy.

we are selfish in our needs to hang on to her and all our memories of her.  but it is time.  and now she gives us one last present.  it's almost christmas and she is drawing her last breaths.  for her, the family is coming home.  we'll be together again.  one house with all of us.  a united front to face another one of life's moments.  it's sad and happy.  we'll be together to see her transition to another life, one free of physical pain.  for us, it will be a merry christmas.   over dinner we'll be sharing stories and lots of happy tears. 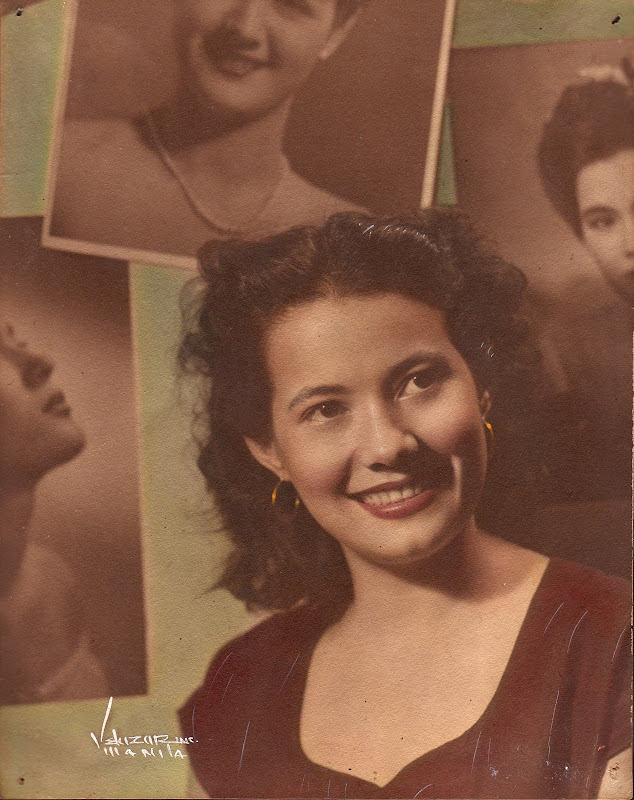 who did it: michelle ford at 5:02 AM 7 comments: Links to this post

her last breath ... i was there

4th of july 2006, i walked into the room, heard the raspy breathing and i knew... this was it.  my mom was drawing her last breath.  i could have called out for help, but i chose not to.  it was time.  i was eerily calm.  i took her hand, looked into her eyes and told her it was ok for her to go.  i think she was waiting for me.  she silently told me she loved me and i gave her a kiss good bye ... that's when the tears started to roll.  a few minutes later she was gone.  i must have sat there for a couple-three hours before i told anyone that the ordeal was finally over.

i was 25 when i first lost my mom.  she had gone in for elective surgery.  a tummy tuck of all things.  anyone who knew my mom would be wondering what the hell for?  she was tiny.  she was gorgeous.  i'm not being biased... you can ask anyone.  there really was no need for enhancements.  but everyone has their vanities and her tummy was her weakness.  the surgery itself was quite successful.  the doctor did a great job,  disaster struck when the nurse made a mistake on the dosage for the pain meds post surgery.  that was the day my mom really died.

what happened after that was a chaotic whirlwind of medical guesses in the grayest of areas.  brain damage.  the doctors were able to revive my mom but the extent of the damage was costly.  she was bed ridden with large chunks of her memory missing, atrophied muscles and paralysis.  the results of a 2 week coma.  it was a rollercoaster of emotions for all of us.  eight years and she never recovered.

life has a funny way of testing your strength.  we've had our share of loss and tragedy in our family, the most recent being my grandmother.  she had a stroke a couple of years ago and hasn't been the same since.  ah but my she's strong and so she hangs on.  i think being at home surrounded by people that love her and care for her makes a huge difference.  i've been living at her house these last few weeks, right next door to a house full of memories.  the house i grew up in.  the combination pulls a powerful punch in my gut.  just when i think i'm immune to it all in a blink melt into a puddle.  the emotions have a nasty habit of sneaking up in the middle of the night.  it's in the quiet time.  always in the silence.

life is so short but love is the tie that binds.  our family remains strong because we have each other.  i truly truly believe that everything happens for a reason.  i regret nothing.  there are no mistakes... just decisions made.  sometimes the world has to collapse for a better one to grow in its place.

keep the faith, live simply, love a lot.  throw out the idea of christmas gifts this year... instead, cherish the memories, surround yourselves with friends and family and share the laughter over a christmas meal.  these are the things that last forever... these are the twinkling lights in the darkness.


my grandmother started a christmas tradition when she married my grandfather.  she started a belen (nativity scene).  she added pieces to it every year.  all the kids and grandkids have contributed to it since.  the thing is huge now consisting of towns and a variety of generations.  my aunt keeps the tradition alive for us.  i thought i'd commit some of the scenes on "film". 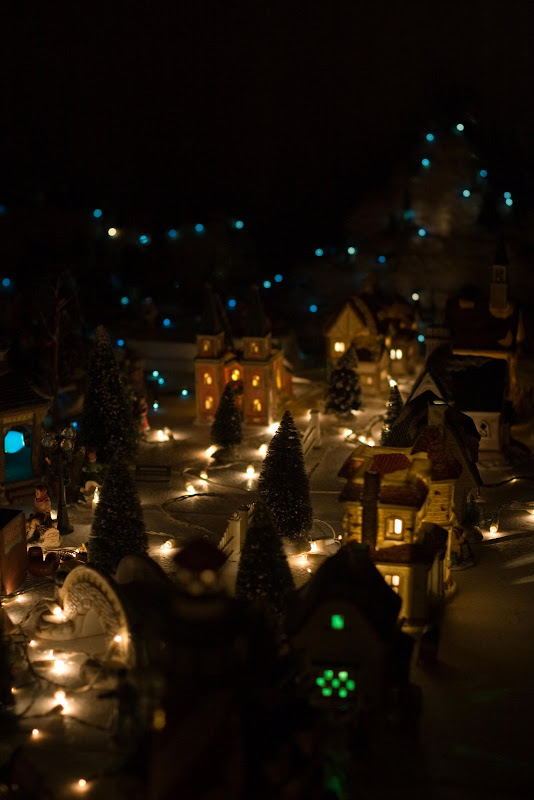 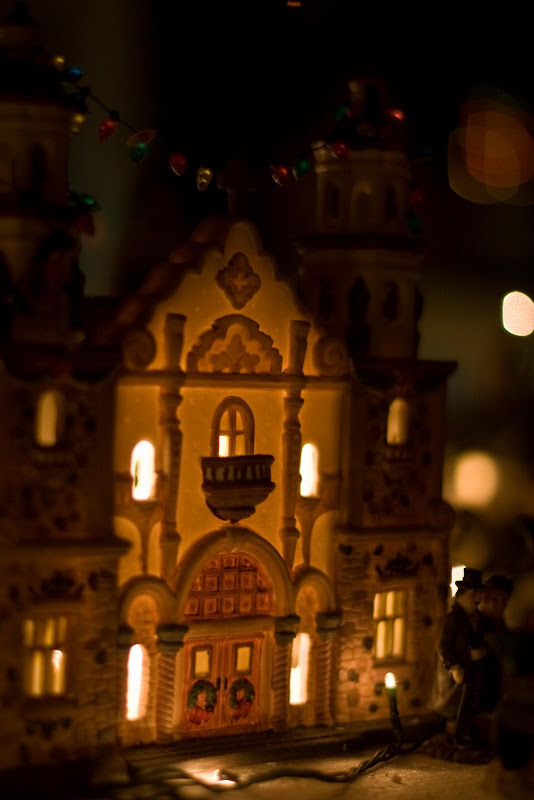 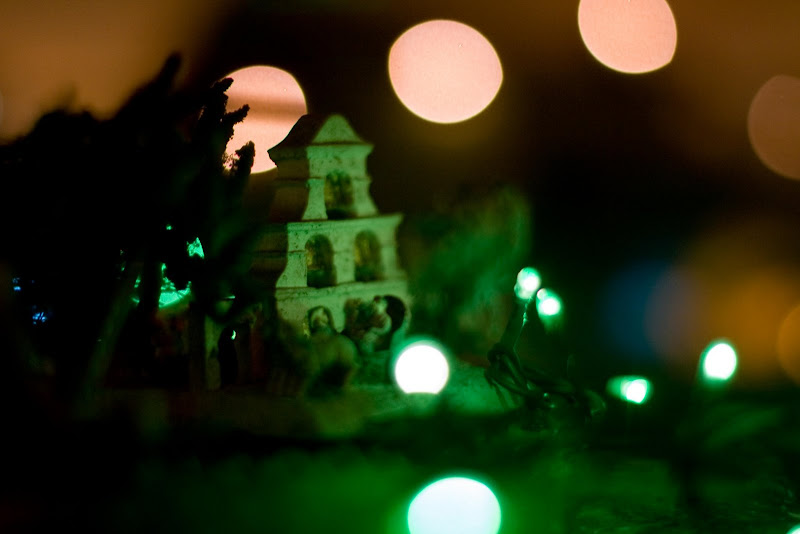 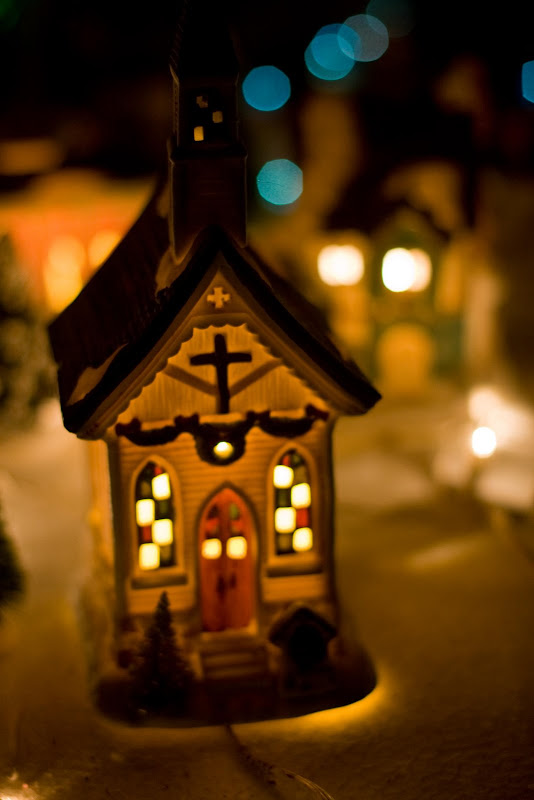 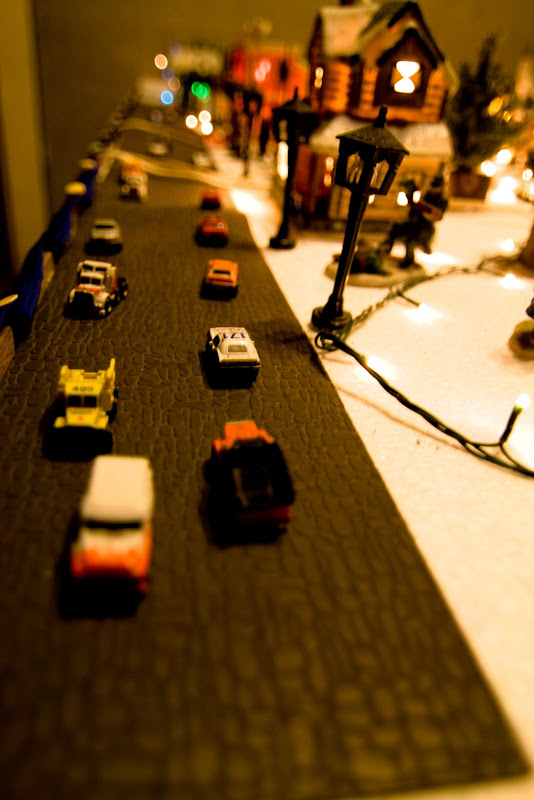 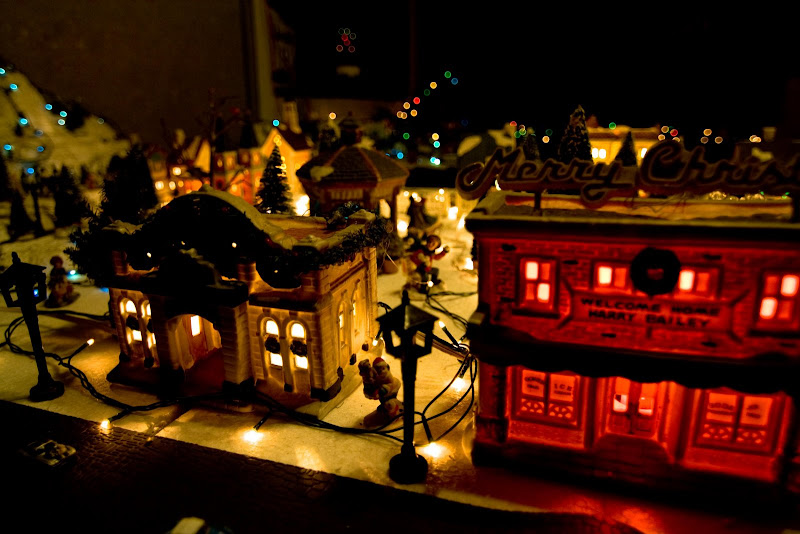 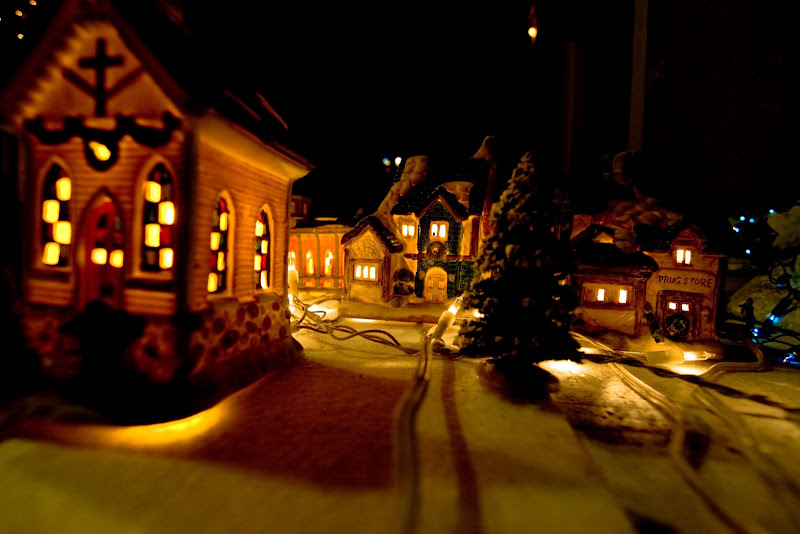 30 girls ... 30 cameras.  everywhere i looked, a bulb was flashing and someone was posing.  craziness!  there was more paparazzi than a busload of tourists heading to hollywood.

i was on facebook a few weeks ago getting messages from old high school classmates saying ... "we should get together sometime", "i miss you", blah blah.. you know.. the usual.  all these messages but no action and there was so much to catch up on with so many people.  18 years is a looooong time.  so we did it.  i took a poll for a date, kat recruited the class, maja provided the venue and there we were.  30 girls (and 3 boys) showed up for an evening full of laughter, hugs, camera moments and stories.  every section was represented and the 3 boys that showed up declared their own section.


oh it was so fun!  everyone seriously looks the same.  just take the makeup off, put the high heels aside and we're still the same set of girls.  i'm still love love despite the short hair, therese will always be class prez in our hearts no matter how much she denies it, sheba still carries a fan, jerrie and issa still sit next to each other and we're all still loud and happy.  after dinner the group migrated to the bar and after that we migrated to a club (thanks so much to sheba and her hubby) and after that... we would have kept going.  but i for one am too old to stay up past 4am so i dragged my sorry butt home.


i wish i could pick a day that would work for everyone and a venue that would be accessible for all the girls including the ones abroad.  we could have had a larger group (after all our graduating class was over 250 girls) but as it was ... for the batch of 1990, 30 was an excellent turn out.  i would love to do this all again.  there are still so many people i want to catch up with... cribay, chona, denise, berna, barb, jb (although she's from grade school) to name a few.    it's too bad tetang couldn't stay long but we're glad christine and michelle (baretto) were able to trail in.  but there were still so many people we missed!  ah well, there's always next time...


here's a slideshow from that night -- sorry girls there is no way i'm posting 81 pictures.  too much work!  but i hope you enjoy this.  i spent a few hours this morning reaching into my grab bag of music .. digging deep in the heart of the 80s for the perfect song.

the idea of shooting in BULB is that the shutter is left wide open the whole time until you manually shut it.  it records everything within that time frame.  that is... everything the camera can see.  this is how photographers capture the stars moving at night and how i did that last picture in the previous blog.  to use BULB you click the shutter once and this opens the shutter.  it remains open until you click it again (to close it).


you will need:
what to do:
the camera only records what it sees which are the poses where you were lit up.  this is why you need to be in the dark and preferably in dark clothes so the camera can't detect you as you move.  dark beaches with no moon is perfect for this.

there you have it!  have fun and show me what you end up with!


just wanted to share with you the project i worked on for my inner vision photography class.  i took the class to push the envelope on creativity.  i actually story boarded this whole photo session before setting out for the shoot.  it turned out pretty well i think.

miela and JC are my cousin's theater friends.  thanks guys for helping me in this shoot.

who did it: michelle ford at 7:59 AM 5 comments: Links to this post

lightly treading out of auto

someone asked me recently what mode i like to shoot in.  personally, i favor aperture priority (Av) but every now and then i like to play with capturing motion and i'll move to shutter priority (Tv).

the sun was going down so i didn't have to drag the shutter too much.  the ISO was at about 400.  i was sitting in the sand or leaning forward on my legs to hold the cam steady.  just focused on curtis and let the water do the rest.

it was our last day in la union and curtis happily frolicked in the water for this super fun shoot. 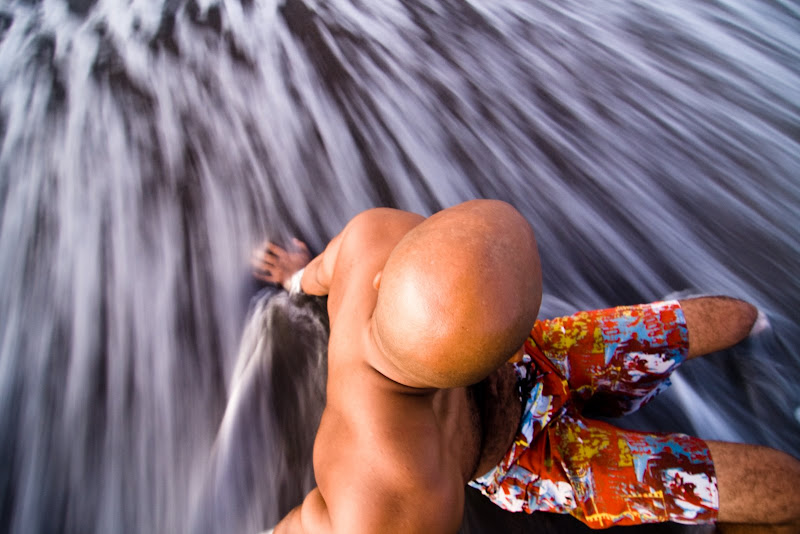 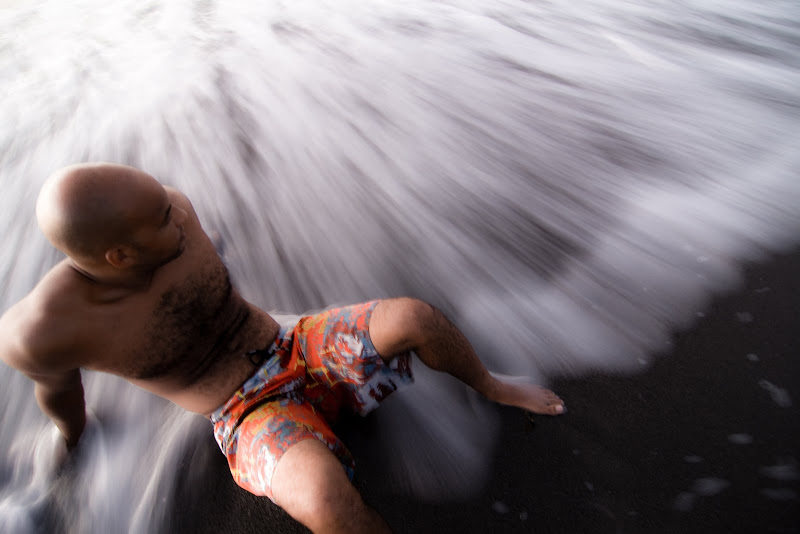 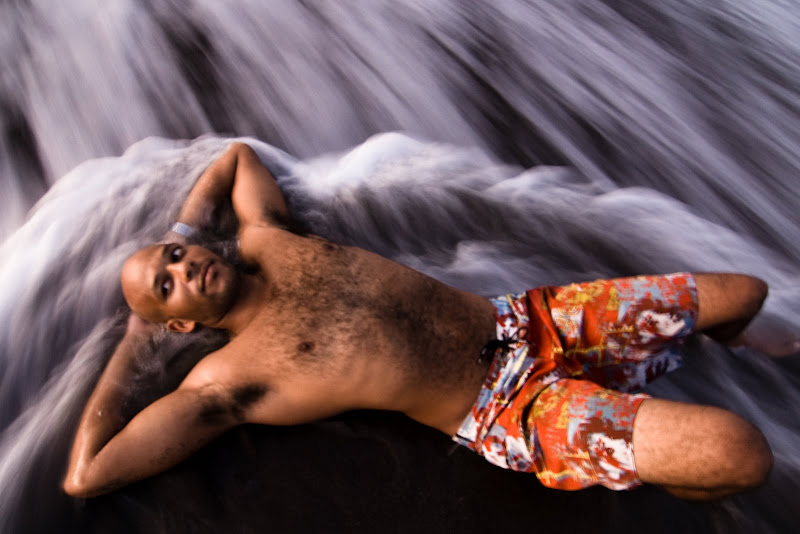 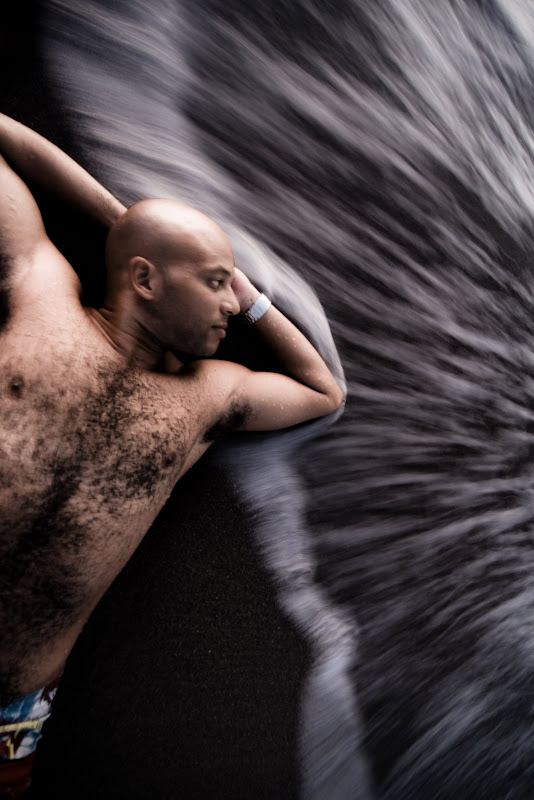 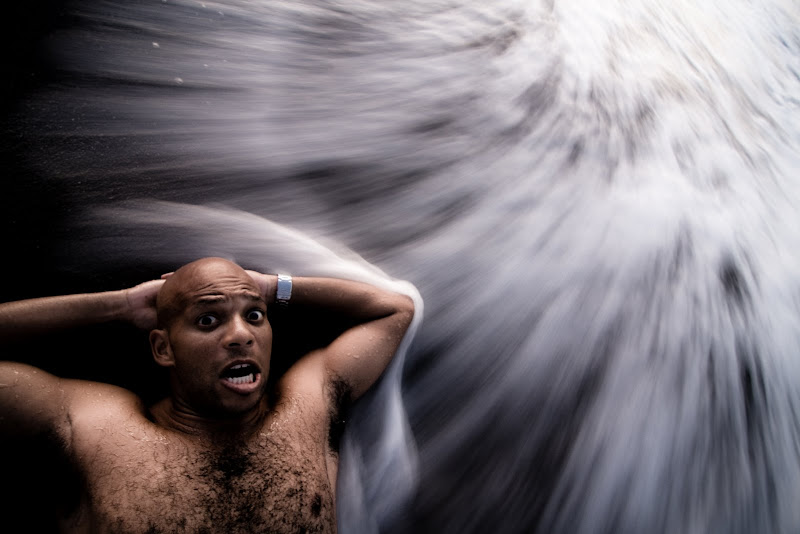 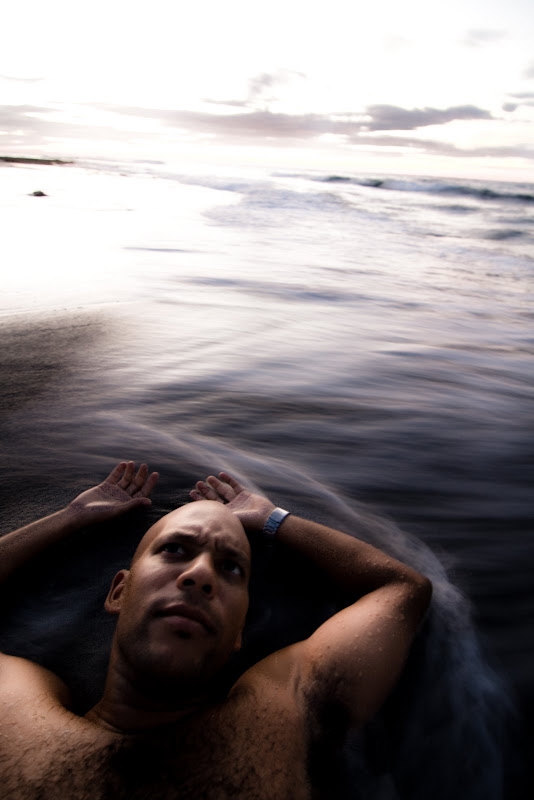 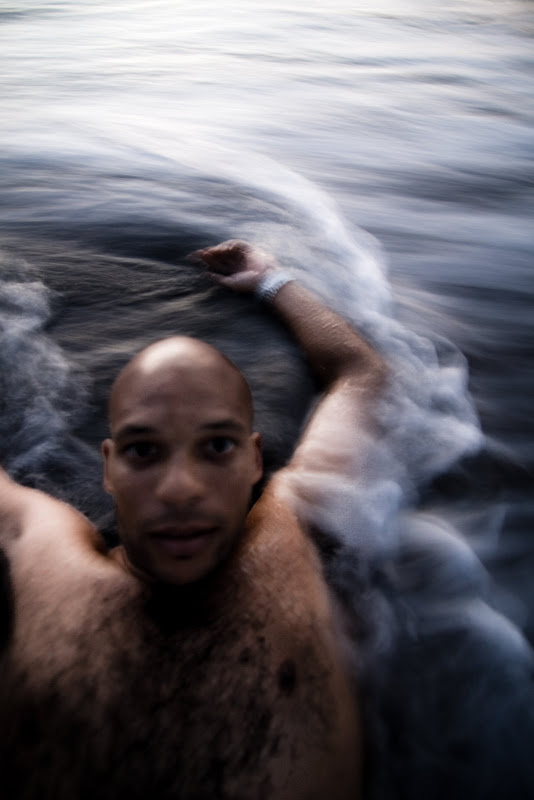 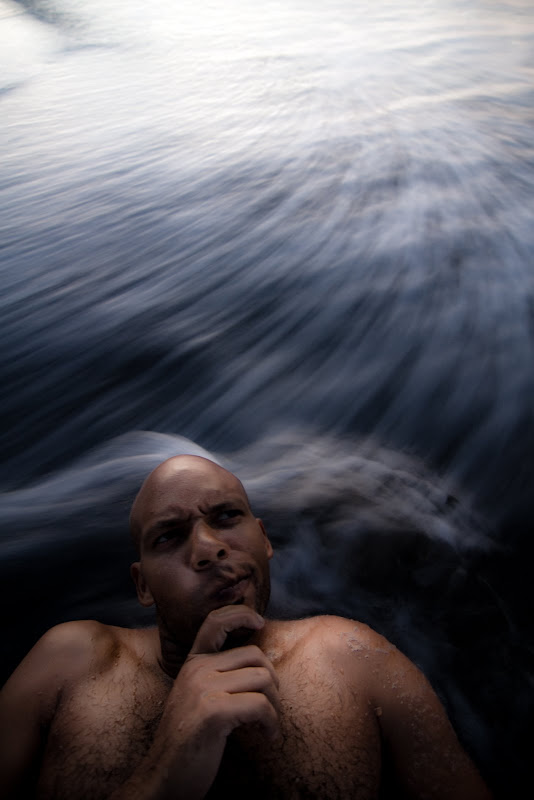 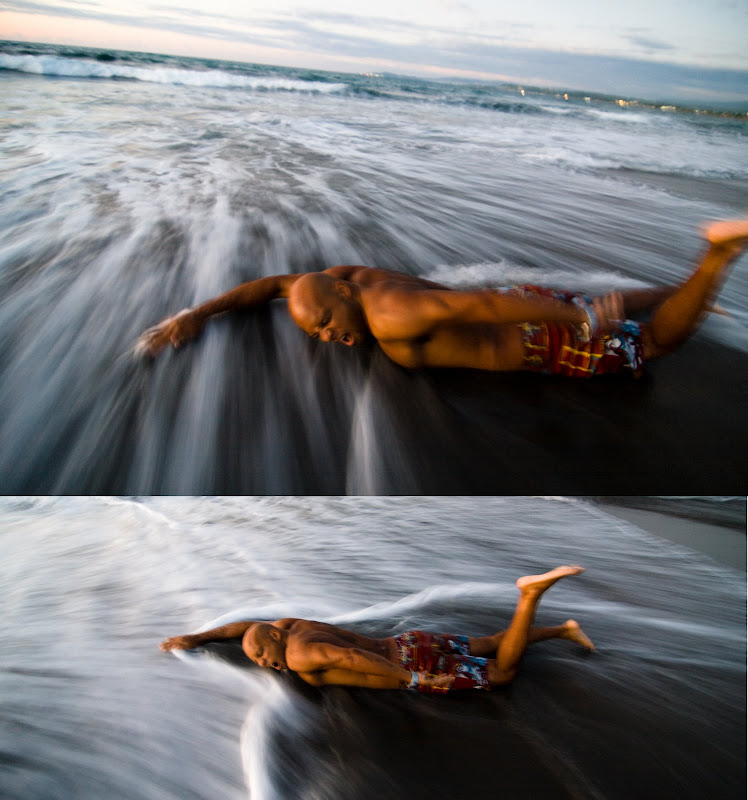 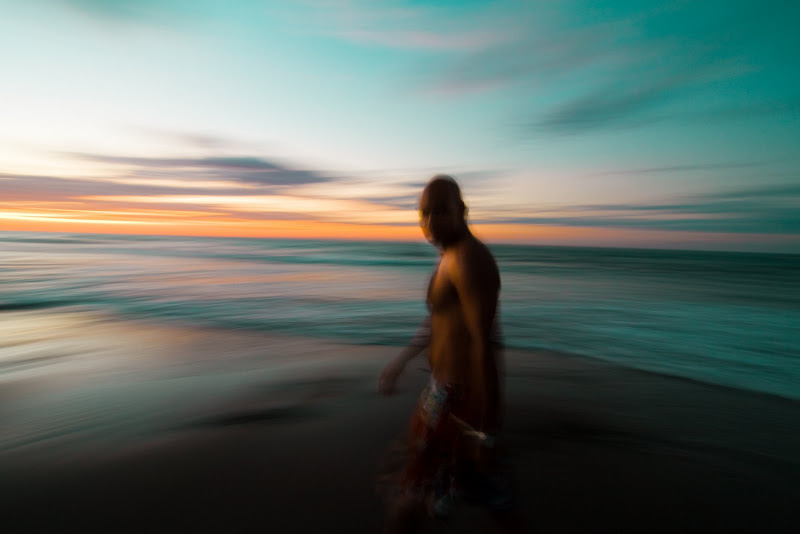 curtis saved this little guy from an atrium life 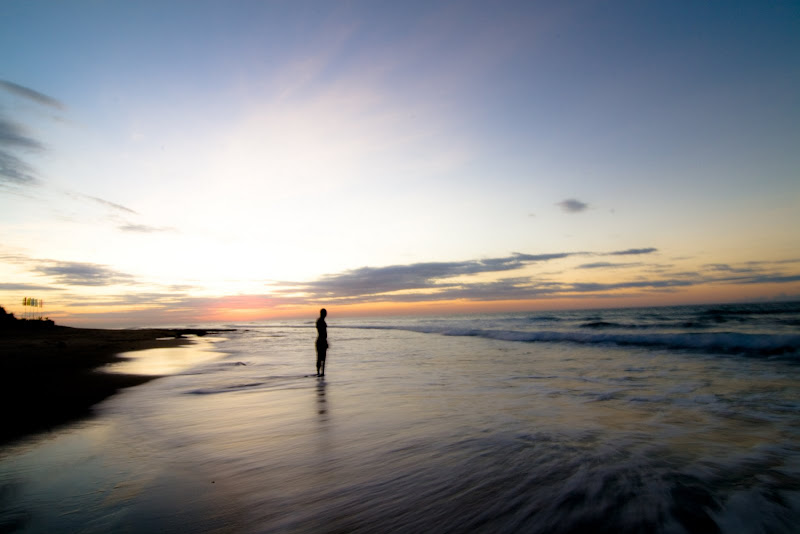 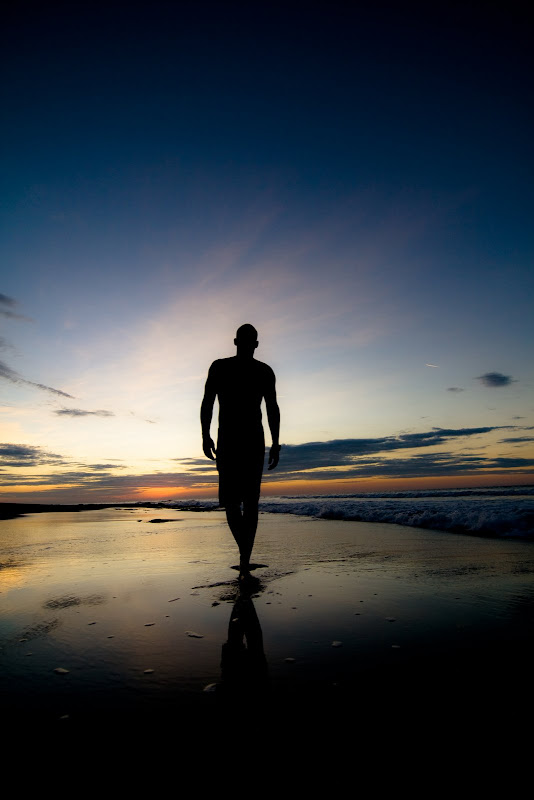 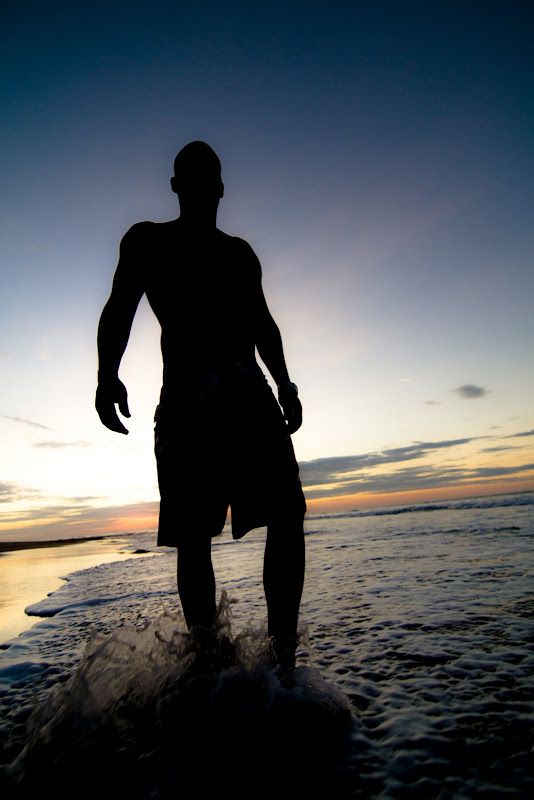 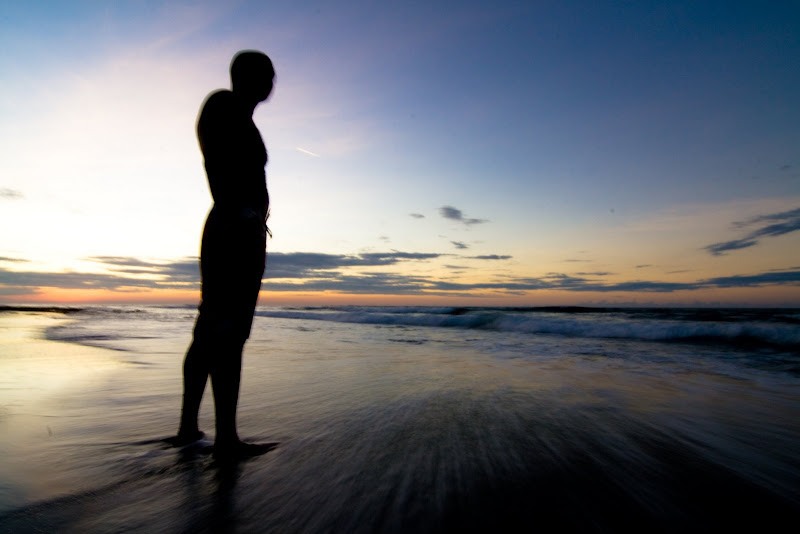 we discovered BULB mode some weeks before.  i had never done this before.  i kept reading about it but never really tried.  so fun!!! 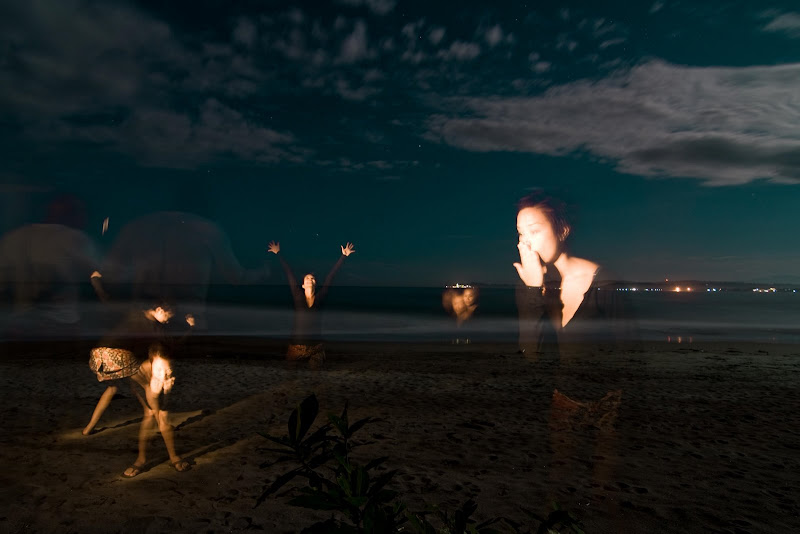