the list of worries that a parent goes through seems endless.  keeping them physically safe is one of the simpler matters to maneuver.  i lose more sleep thinking about side stepping drugs, peer pressure, social media, and sex.  this week i started reading Nurture Shock: New Thinking About Children.  i'm only three chapters in and it's already added to my list of concerns.  i can't believe i forgot about helping them through the race issue.  i want to slap myself in the face over my naivete.

i grew up in the philippines and we have our own issues on social class and skin color.  my own experiences growing up cannot possibly compare to being a black kid in a dominantly white environment in america.  according to the theories and studies in this book, despite our integrated school environment children will naturally want to categorize themselves.  i now understand it as being no different than the boys vs girls thing and we all know that at a certain age little girls hate boys and vice versa.  we all think it's cute and we all know that in time those feelings will change.  skin color is just another way for them to associate and group.  there is no malice in it i don't think (at least not initially) but it should definitely be discussed.  we openly talk to our children about boys and girls and how they are different.  we even ask them to identify themselves as one or the other.  on the topic of skin color though we don't discuss it.  even in our house we haven't brought it up at all.  my brother in law is apple pie white with his blond hair and blue eyes.  curtis is half black.  i'm an amalgam of european and filipino.  some people don't even know how to categorize me when they see me.  it makes our household a melting pot of skin colors. i guess we figured it was a non-issue and therefore doesn't warrant a discussion.  THAT's naive.  the truth is that my girls are going to come across skin color discussions at some point in their young lives.  dia took after me and has a much lighter complexion while kaya took after curtis with her beautifully chocolate tones.  we live in an environment that's got a great assortment of cultures but we're short on african americans for sure.  apparently the concerns just might be greater for dia, my lighter skinned child, than for kaya (check out the story of twin boys daniel and james).

kids operate under a very simple logic.  they won't account for the mixed race of their parents; they just go by what's obvious, skin color.  even curtis whose mother is white, identifies himself as a black man.  it's just the obvious choice i suppose.  i guess i kinda do that too by calling myself asian even though i'm about 40% european but that's coz i grew up there.  even that's not right though coz technically filipinos are pacific islanders.  at some point i think we started saying "who cares" and then chose not to discuss it.  our kids are of mixed descent and that's that.  but kids being kids, they have no filter.  cruelty might be their first experience and i don't want that to be a barrier to progress.  naturally i also want to protect them and i certainly don't want my kids to be the source of the issue either.  many will say that we're operating in a much more varied racial environment now.  yes, that's definitely true but visually... we're still short on the darker skin tones in my neighborhood.  i just want to be prepared by making my children aware just as i now am.  the book of course cautioned against negative anticipation. kind of like going to a psychic and being told that you'll be hit by a car and then spending your time looking for the car.  i don't want to teach them that the world will be cruel.  the world can be cruel regardless of color.  i just want to teach them to be confident women of character.

i'm a worrier it's true.  i've been talking to curtis about this book as i complete each chapter.  i can't say that it really tells me how to handle the issues it brings up.  it's more about giving me a sense of awareness.  on this race issue i am now officially VERY aware. 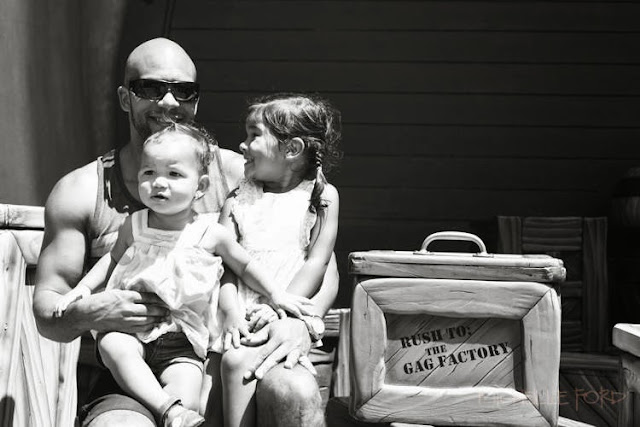